Lyme disease was first identified in 1975 in Lyme, Conn., which gave it its name. In September 2015, the Centers for Disease Control (CDC) revised their estimates for people having Lyme disease, indicating that there are more than 329,000 new cases a year in the US – an increase of up to 10 times what was previously believed.

Unfortunately, many cases are not diagnosed properly and current diagnostics miss up to 60% of acute cases (ref. Bay Area Lyme Foundation – http://www.bayarealyme.org). 40% of Lyme patients end up with long-term health problems – the average patient sees 5 doctors over nearly 2 years before being diagnosed. (International Lyme and Associated Diseases Society – http://www.ilads.org). According to Dr. Mercola, “Sometimes the cell wall can collapse around the bacterium, forming a cloaking device that allows it to evade detection by many tests and by your body’s immune system.” For this reason, many fear that Lyme is actually a silent epidemic.

When one suffers from Lyme disease, the body’s immune system may be compromised to varying degrees. Although there is no consensus in the medical community on the use of anitibiotics to treat Lyme disease, many Lyme sufferers have a compromised immune system – and antibiotics are known to kill off the good bacteria required to support the intestinal immune system. Richard Horowitz, one of the most prominent “Lyme literate” physicians in the US, has seen more than twelve thousand patients, all of whom have a tick-borne ailment. Whenever possible, he avoids antibiotics. (http://www.newyorker.com/magazine/2013/07/01/the-lyme-wars)

Immunity Resides in the Gut
Approximately 70-80% of your immune tissue is located within your digestive system, and so-called killer T-cells (the white blood cells that defend against infection), are created in the intestinal system. So building the immune system is highly important for Lyme patients. One of the most beneficial ways to improve your gut bacteria is by incorporating fermented foods into your daily diet. Friendly gut flora found in fermented foods have been shown to survive the digestive process. So they are therefore able to introduce positive changes to the gut, allow it to function more efficiently and help the immune system do its job more effectively. 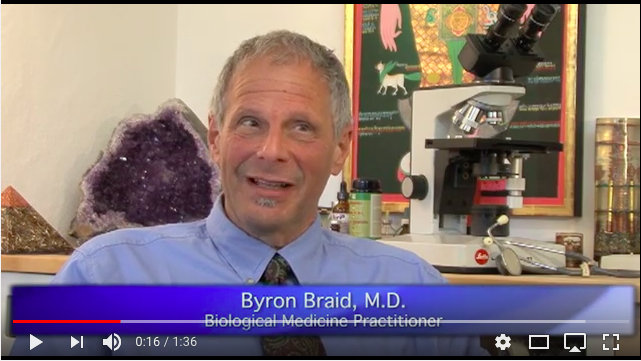 Dr. Byron Braid, who has worked with Dr. Thomas Rau of the Paracelsus Clinic in Switzerland, has a ‘secret ingredient’ that helps build such intestinal efficiency and immunity – Regulat®!

Regulat® is a whole food preparation with broad-spectrum phytonutrients, produced by live Cascade Fermentation™. It began in Germany…70 years’ worth of scientific research on plant enzymes propelled the Munich company Dr. Niedermaier Pharma to world fame as the expert in the field of fermented health products.