A recent study published in The Journal of Nutritional Biochemistry shows that eating walnuts may increase the amount of beneficial bacteria in the gut.  Previous research has indicated benefits to the heart as well as providing anti-inflammatory effects. Now this study adds to walnuts’ status as a ‘superfood’ by observing that walnuts shifted the gut microbial community in a beneficial way. 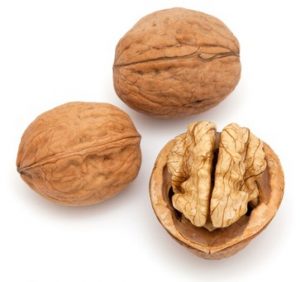 There is a saying that ‘you are what you eat’. But in this modern age with so many allergies etc., our slogan “you are what you absorb!“™ makes more sense. You may eat food that is good for you but if you either cannot absorb it or are allergic to it, then it will not provide expected benefits. Regulat® pro bio contains walnuts in an easy assimilable form such that even people with allergies report that they tolerate Regulat® very well – we have not encountered patients having allergic reactions.

This is because some nut allergies, such as an allergy to walnuts, are due to the long protein chains of the ingredient. In Regulat®, walnuts are broken down through the cascade fermentation process so that these long protein chains are no longer present – they have been converted into non-allergenic oligopeptides and amino acids.

Walnuts are known to have a higher concentration of the essential unsaturated fatty acid alpha-linoleic acid than any other food, and also contain a high percentage of vitamin E. This is said to help lower the “bad” LDL-cholesterol. In addition, walnuts contain B vitamins and vitamins A, C and E, which, as they promote digestion, may partly be responsible for the results seen in this study. These vitamins also support important brain activities, giving walnuts the reputation as a “brain food”.

Regulat® pro bio is a Cascade-fermented bioconcentrate made from fresh fruit, vegetables and walnuts, to help support biological regulatory processes.

Have you been wondering why having a glass of lemon water first thing in the morning is all the rage these days? The lemon is a powerful yellow ball packed full of Vitamin C that aids in digestion, detoxification, mood balance and energy. It’s also full of other important nutrients, such as potassium, magnesium, and copper.

Long History of Lemons
While lemons were first used solely as decorative plants, others finally discovered their healing power in the mid 1700s as they began migrating into Europe. During this time of exploration, lemon was soon recognized for their ability to heal scurvy, a common disease amongst sailors during this time.

Interesting Facts & Health Benefits
Although lemons are rarely consumed on their own due to their intense sour flavor, they are used in conjunction with many sweet and sour food and beverages for added taste. Keep them stored at room temperature and away from direct sunlight so as to avoid rot.

Because lemons are so high in Vitamin C, they are an incredible source for digestion. It’s also an ideal way to start your day with a big dose of Vitamin C without having to consume something like a glass of sugary juice.

Vitamin C is also said to strengthen the immune system to fight against illness such as the flu or the common cold. It’s antioxidant value is also said to combat against the formulation of free radicals that may cause cancer. 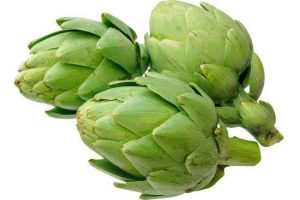 Ancient Artichokes
While artichokes in their whole form present a bit of a challenge to work with, they are worth the effort! Most often people choose to consume the heart of the artichoke, however the leaves actually have the most nutritional value.

The globe artichoke is part of the thistle plant, and it is one of the oldest vegetables known to mankind. It’s believed the artichokes originated from the Mediterranean region, although now California supplies nearly 100% of the U.S. artichoke supply.

Artichokes are packed with phytonutrients (i.e. a substance found in certain plants which is believed to be beneficial to human health and help prevent various diseases) such as quercetin, rutin, gallic acid, and cynarin, all working to protect against many health risks including cancer, heart disease, liver dysfunction, high cholesterol, and diabetes*. They are also packed with antioxidants; in 2004 they were identified as a top contender in a vastly comprehensive study on antioxidant value in commonly consumed foods (conducted by the United States Department of Agriculture). 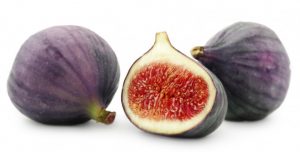 Figs are seasonal fruits originating from parts of Asia, however they are available year-round in dried form. They have a unique texture containing a soft, juicy center that is packed with seeds. They are a delicious fruit packed with minerals, vitamins and fiber, figs grow on small trees and are members of the mulberry family. Figs contain nutrients such as including vitamin A, vitamin B1, vitamin B2, calcium, iron, phosphorus, manganese, sodium, potassium, and chlorine.

Their high amount of fiber (5g of fiber for every three figs consumed!) aids in weight loss as it contributes to improved bowel movements and promotes longer lasting feeling of fullness. Figs also contain a high amount of calcium, which aids in bone density.

Regulat is a whole food concentrate made of the finest, selected organic ingredients.

Unlike some products which are made from isolated active ingredients or certain specific nutrients that have been extracted, our products contain over 20 whole fruits, vegetables and nuts in a balanced form – full of nature’s intelligence™.

In this blog we’d like to feature two specific ingredients, coconut and dates, which have experienced an increase of “mainstream” attention for their particularly notable nutritional value.

The Power of Coconut 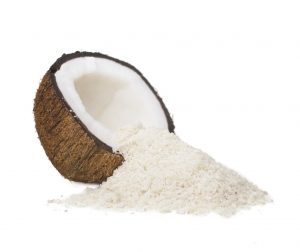 Coconut meat is revered for its high nutritional value. While most plants aren’t high in saturated fat, coconut is. The fat content is high in medium chain fatty acids, which help to lower bad cholesterol and increase good cholesterol levels.

Coconut meat is rich in fiber, which is an important component of your daily diet to add your bulk to the stool which helps to move food through the digestive tract. Fiber also diminishes appetite as it makes you feel full, which aids in helping to make wiser decisions in your nutrition!

Coconut is also high in the trace nutrient manganese, which aids in metabolization of both fat and protein, stabilizes blood sugar, and calms the immune and nervous systems.

Coconut contains high amounts of potassium, which plays an important role in regulating proper fluid balance in the cells. Copper promotes healthy red blood cell production as well as aids in the sense of taste. 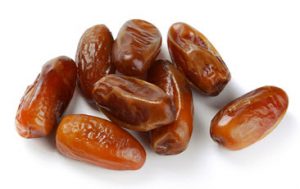 Dates are a great source of carbohydrates. While carbohydrates seem to have a bad reputation, it’s important to remember they are an essential macronutrient that your body needs for energy. By making wise nutritional choices, such as with dates, to fill your nutritional needs, you’re helping to maximize your body’s functioning.

Just as with coconut, dates are very high in potassium and fiber.

Dates are also packed with magnesium. Magnesium aids protein synthesis, blood glucose control and muscle and nerve function in your body, and it helps regulate blood pressure. Pregnant mothers, in particular, need an especially high amount of magnesium in their diet, so dates are an excellent addition to their daily diet.